Posted by travisthewarrior on April 9, 2013 in Houston, Radiation

It has taken a couple of days for us to not only figure out getting around Houston but also the small city of MD Anderson.   When compared to Rady Children’s Hospital where everything is close together and very coordinated, MD Anderson is a large facility spread out over several campuses within downtown Houston.  We take a shuttle bus to get around and sometimes we have to help coordinate between the various specialties since information can be lagging a bit from office to office.  They are all very good at what they do so we know we are in good hands!

Our initial consultation and simulation appointments early this week have now turned into more than 10 separate appointments (Neuro-oncologist, X-Ray, 3 MRIs, Infusion Therapy for the port, Labs) that look to fill up most of every day this week (except maybe Thursday).  We now have our preliminary Proton Therapy treatments scheduled out for 31 days (past Memorial Day weekend).  We also seem to have the once a week chemotherapy plan that will be used in conjunction with the radiation treatment.  Apparently adding chemo during the radiation therapy helps intensify the radiation on any cancer cells which is a good thing that has shown to increase the success rates.  This does not change the plan for us to do the full chemotherapy treatment when we return home. 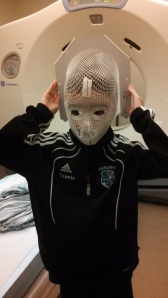 Before dinner time, we were able to drive down to the Clear Lake area near NASA to check out the area.  We also drove out to the Kemah Boardwalk area to take a look around.  It is right on the Galveston Bay part of the Gulf of Mexico and has a lot of shops, restaurants and rides.  We are hoping that we can visit the Johnson Space Center in the next day or two. 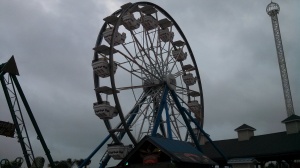 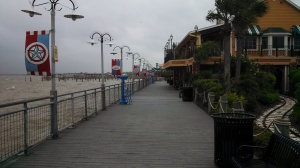